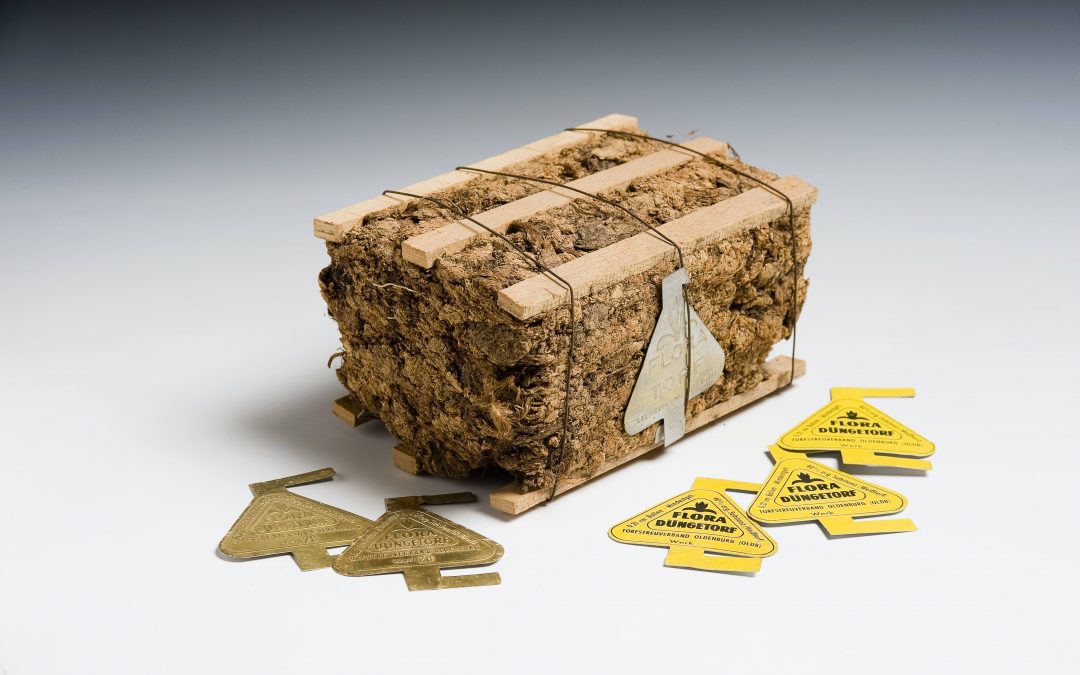 The collection concept of Emsland Moormuseum follows the guidelines of the decentralised museum concept of the district of Emsland with regard to the focus of its collection, in line with the thematic and content-related orientation of all the other museums in the Emsland district. In addition, the museum engages in specialist exchange with regional and national museums. With regard to archival records, coordination takes place with the regional archives (Lower Saxony State Archive Osnabrück, Drenthe Archives, Assen (NL) and Kreisarchiv (district archives) Meppen). Supra-regional exchange with other cultural institutions that research and collect within the subject area is permanently provided for through Section 7, Regional Studies and Environmental Education, within the German Peat Society (DGMT).
In accordance with our mission as a museum, the collection objects are catalogued, stored professionally and appropriately, and restored if necessary. All the way from traction engines to peat soap, the collection currently comprises around 18,500 objects, some of which have yet to be catalogued. 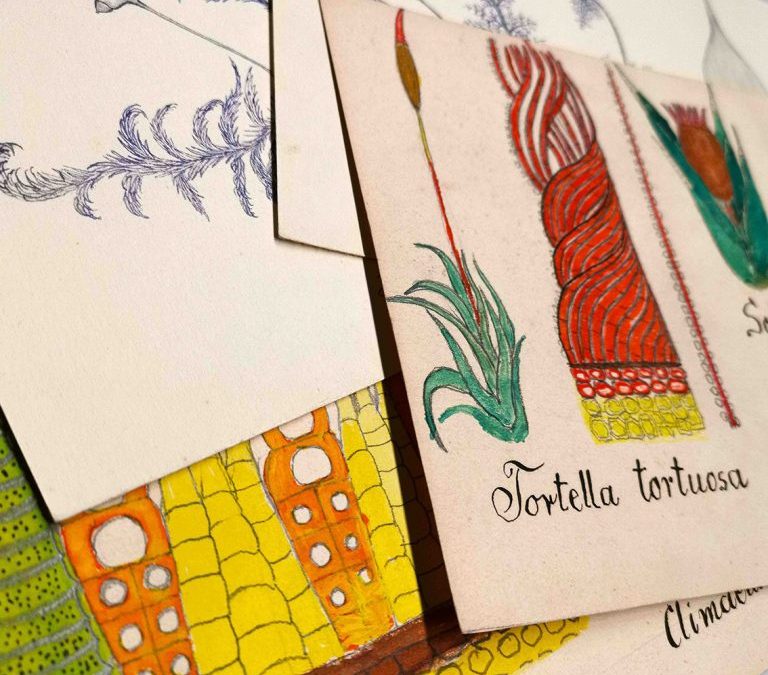 Dr. W. PH. Schimper: The book Versuch einer Entwicklungs-Geschichte der Torfmoose (Sphagnum) und einer Monographie der in Europa vorkommenden Arten dieser Gattung (An Attempt at a History of the Development of Sphagnum Mosses and a Monograph of the Species of this Genus Occurring in Europe), Stuttgart 1858, 96 pages with 27 copperplates.

Literature on peatland, which dates from the late 17th century, focused not only on the question of an efficient peat production method but also on the origins of the peatlands. There were various theories about this, but a conclusive scientific explanation with a broad consensus remained elusive. We now know that sphagnum, a genus of mosses, is characteristic of peat uplands and one of the most important peat-building plants. Due to the anatomic structure of their cells they act like a sponge. This enables them to absorb up to 30 times their dry weight in water, and then slowly release it back into the environment. These little plants grow steadily, while the part at the bottom dies off due to the absence of light and turns into peat. Peat moss therefore plays an indispensable role in the growth of peat uplands. A great deal of research over a long period of time led to the current state of scientific knowledge. It was only in the course of the 19th century, when botany began to develop as a branch of biology, that the plant cover of the peatlands could be adequately researched, bringing us to our present-day understanding. 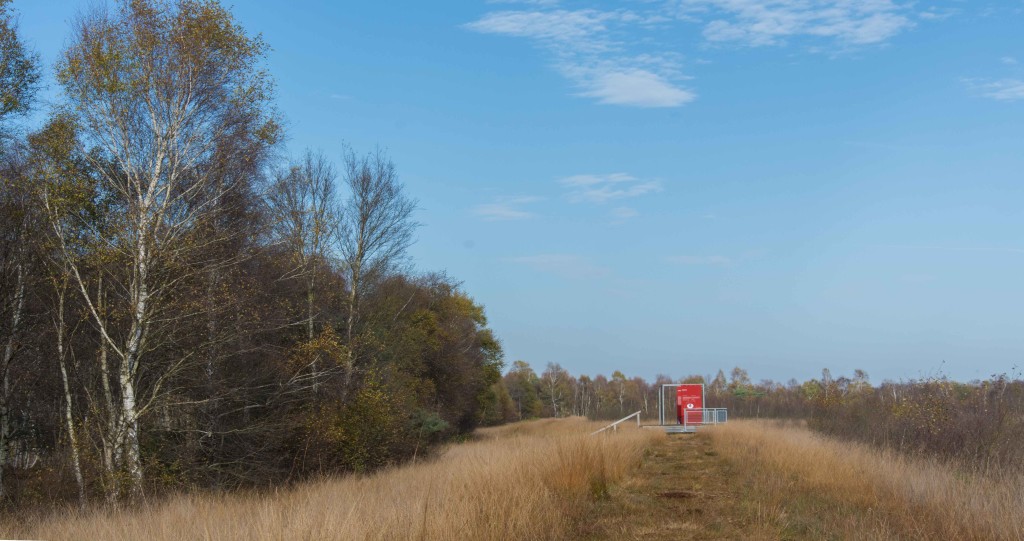 The external sites of Emsland Moormuseum in the international Bourtanger Moor-Bargerveen nature park reveal the challenge of maintaining residual peat areas as moorland landscape. The Geestmoor nature reserve (NSG WE 269) is a maintained complex of upland peat areas which was drained and prepared for peat extraction in the 1950s but became a conservation area in the 1980s under new peat moorland protection legislation. The residual moorland area of about 100ha, which is situated in a protected area encompassing a total of 260ha, was rewetted in 2005 and now has the typical characteristics of a seasonally dry upland peat area. Here, we see areas with birch trees and conifers, as well as extensive moor grass areas and seasonally dry to wetland areas with peat moss. Visitors can access the Emsland Moormuseum observation deck by following the Süd-Nord-Str. road for a couple of kilometres and then via a signposted car park along Twister Straße road. The observation deck can also be reached via a footpath after about 4km (a firm step and sturdy footwear required). Information available at the museum ticket office. Platform coordinates: 52°35’07.0″N 7°10’14.6″E. When visiting external Emsland Moormuseum sites, please observe the rules and regulations applicable to nature reserves. 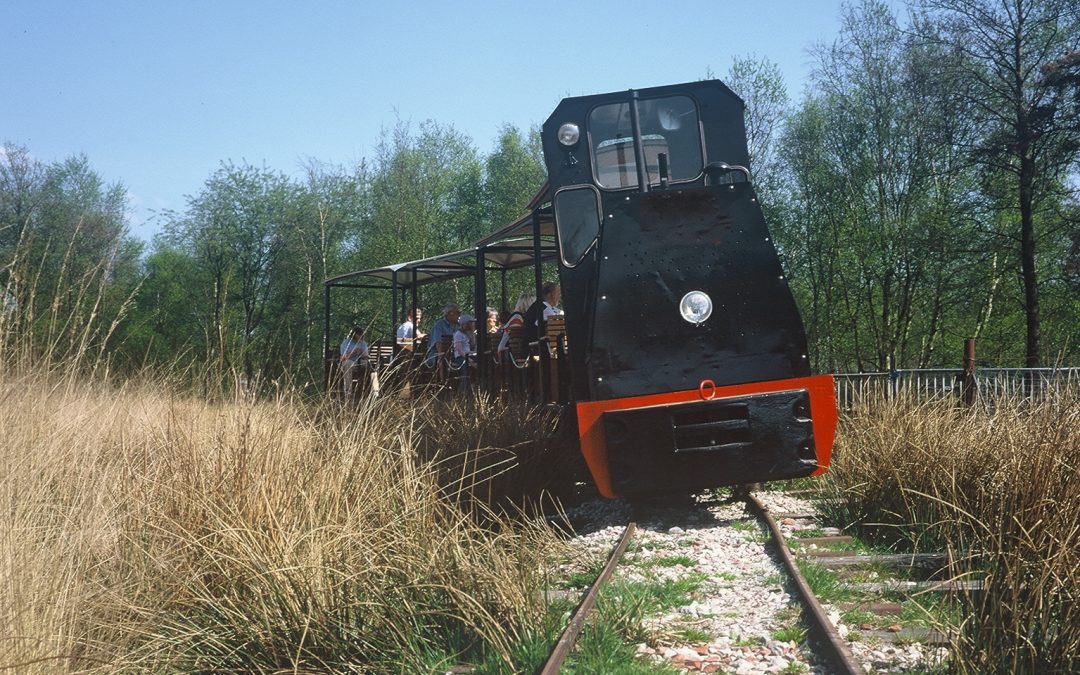 The outdoor grounds of Emsland Moormuseum consist of an attractive 30ha landscape with agricultural areas, stretches of woodland, and renaturalized peat uplands. The area is accessible by means of grass tracks, plank paths and a field railway of about 3km in length. In the upland peat area, several information points provide information about the flora and fauna of the peat moorlands, their renaturalization, and the significance of the peat moorlands for the climate. In the vicinity of the entrance hall, you will find the settler’s farm with stables, a farm garden and a breeding centre for domestic animals threatened with extinction. The settler’s farm has been recognized as an ark farm by the “Gesellschaft bedrohter Haustierrassen” (association for endangered domesticated animals). It is home to Landrace of Bentheim sheep, the Bentheim Black Pied pig, the Westphalian chicken (Westfälische Totleger), and Diepholz geese. In the western part of the museum grounds stands a simple, two-story half-timbered house dating from the early 19th century, which was characteristic of the second generation of settlers. A simple “new” farm was built using timber framework from demolished farms in the surrounding area. A buckwheat field, peat ditch and apiary belong with the building. Weather permitting, the field railway runs from early May to late October each year, from Tuesday to Saturday at 11:30am, 2:30pm and 4pm, and on Sundays and public holidays at 11am, 1pm, 2 pm, 3pm and 4 pm. 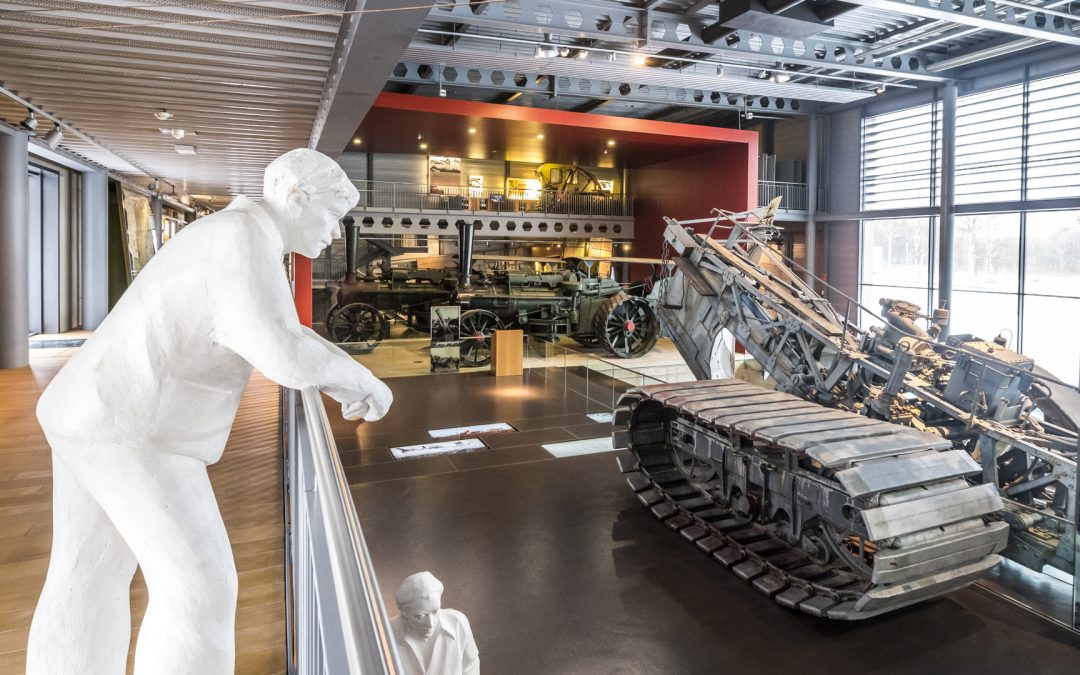 In June 2010 a second exhibition hall was opened in the grounds of Emsland Moormuseum. This hall is barrier-free, and all the floors are accessible by lift. The hall has 1,600m² in exhibition space, is air-conditioned, and proudly displays as centre pieces impressive large-scale exhibits manufactured by the company W. Ottomeyer, consisting of the Mammut steam plough, two traction engines and a crew carrier. The exhibition, which covers several floors, reveals the history of the Emsland Plan, a vast regional development plan of the 1950s and ’60s. In addition, the building’s upper floor will soon be largely devoted to the history of the peat industry since the Second World War and the history of peat moorland conservation and research. The hall also has 400m² for special exhibitions